At 10 am on Saturday 13th July 2019, 62 keepers from all parts of Germany kicked off their first games of this years Keeperbattle in Cologne, at the Geißbockheim training ground of 1. FC Köln.

Keeperbattle has been the event for young amateur and leisure goalkeepers in Germany and Europe for years. The players face each other in a one-on-one match. Tasks include flat shots, parades, throw-offs, goals and quick reactions. It’s all happening in quick succession, There are hardly any breathers. The first player to concede five goals loses – or the clock ends the game with the winner crowned victorious. If there is a tie, the game goes into direct knockout mode. The entire repertoire of goalkeeper skills is challenged in the Keeperbattle. The main prize: a year’s supply of goalkeeper gloves. Additionally the first places receive a ticket for the large final at the Keeperbase in Berlin. 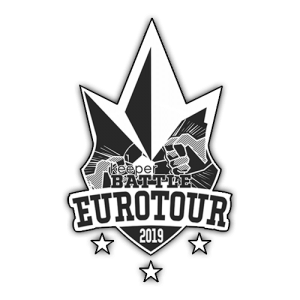 Last year, Hattingen glowed in AERO Red. This year, Cologne showed itself in blue and fluo yellow – or better said: in a RADAR CONTROL outfit. Why? Because this station of the Keeperbattle Eurotour 2019 was powered by uhlsport. At the uhlsport test stand, there were not only numerous gloves to see, but also a huge load of expert knowledge on topics such as grip, cuts and care of the models. Quite a few had goosebumps during the demonstration of the maximum adhesion of the foam and stood in amazement around the uhlsport team. In the direct duel, the keepers then gave their best on the courts, showing precise finishes, lightning-fast reactions and artistic parades.

Meti and Malcolm, both of whom have been keepers since young and also brand ambassadors for uhlsport, were among the participants. We thought it best for the two keepers to report back from the event themselves. 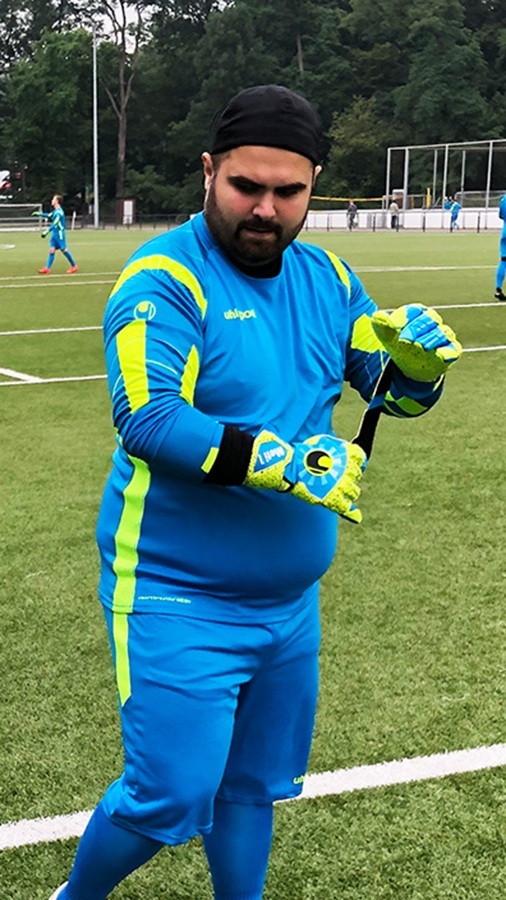 Meti has been part of the uhlsquad since March 2018. He is a German amateur goalkeeper and especially known for his YouTube channel PMTV. Here, he and his buddy Patrick regularly present videos from their everyday football life to over 280,000 subscribers. In July 2019, the two even founded their own club. On Instagram Meti is also known as an absolute “goalkeeper freak” and an icon of amateur football. 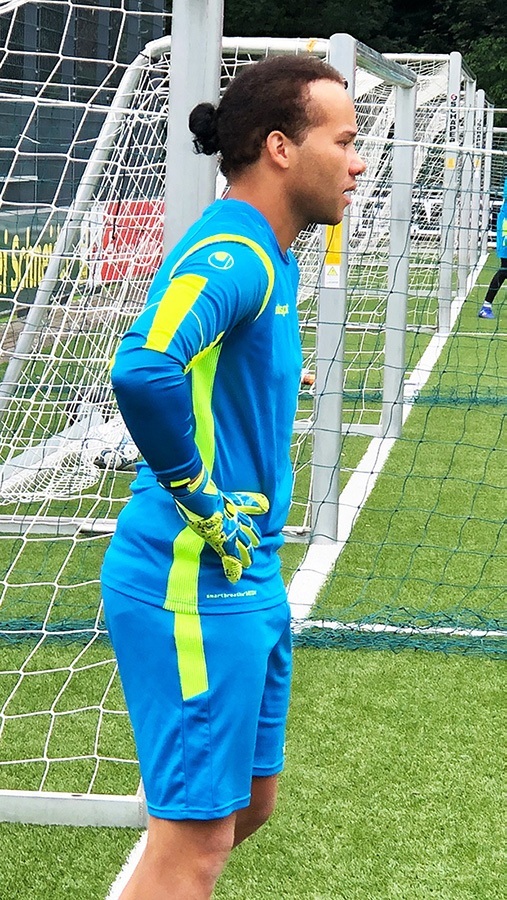 Malcolm plays for FV Dudenhofen. In 2018, uhlsport went on a search for a young keeper out of their own community under the motto #uhlbenext. In the final he won against the other keepers with his athletic performance and the necessary expertise. The jury around Hoffenheim Keeper Oli Baumann chose him as the new uhlsport brand ambassador. Since then Malcolm has been part of the uhlsquad.

On July 13th the second Keeperbattle as uhlsport brand ambassador was waiting for me, this time at Geißbockheim in Cologne. With last year’s experience, I knew what to expect – a good shot sometimes counts more than just the goalkeeper performance. So the goal was to play consistently well in the group phase and thus be able to enter the knockout phase with a swollen chest.

But in the first game, I went straight into overtime. That’s not how I had imagined it! Nevertheless, it was enormously important to win this game. In the second attempt, things went much better, I played confidently and was able to regain my self-confidence for the last group match. But my last opponent in the group turned out to be an absolute breaker, who already had a few keeper battles behind him and was already in the final round. After leading 2:0, I lost 2:5. Nevertheless, I reached the sixteenth final.

Here, my opponent’s first shot landed directly in the goal again – definitely not an ideal start. Nevertheless, I managed to equal the score quickly. Then it went back and forth, a tight game in which I did not take the lead, but could always stay within striking distance. At 4:5, however, I was under pressure – and scored. A classic shootout developed, which you can also watch in Meti’s video. In the end it was 8:9 and I had to leave the tournament.

Compared to the normal game there are many differences in the Keeperbattle. The game time of five minutes (+ overtime) is very long and means a lot of action. In a game you usually have less action and longer rest periods in which you have to keep your concentration high and stay awake to run long balls or something like that. Shooting as such is not necessarily my strength (and probably not that of most keepers). Only training helps here.

When I failed, I was always annoyed at the beginning and wasn’t prepared for the next shot, speculated or just stood wrong, which is definitely a disadvantage in a direct duel. So the key to the Keeperbattle is to stay calm even after failures and to take the next shot just as calmly – similar to a mistake in the game. Difference here: if you fail in a game, you still have time to correct the mistake. Nevertheless, you must never work through the problem in the game, but always talk to the goalkeeper coach afterwards. To fall into self-pity and frustration doesn’t help at all.

The tournament was once again a top event with high quality keepers, it had a good programme and a huge fun factor. With the motivation of 12 pairs of gloves to win this is no wonder. With such an amount of gloves, an amateur keeper can easily survive for some time. It has also been confirmed again that the league membership at the Keeperbattle does not say much. It’s all about shooting and holding. Here you don’t need tactical understanding, a good game structure or a minimum size.

More stories
Markus Kuster – Fought up and stayed down to earth

We may request cookies to be set on your device. We use cookies to let us know when you visit our websites, how you interact with us, to enrich your user experience, and to customize your relationship with our website.

Click on the different category headings to find out more. You can also change some of your preferences. Note that blocking some types of cookies may impact your experience on our websites and the services we are able to offer.

These cookies are strictly necessary to provide you with services available through our website and to use some of its features.

Because these cookies are strictly necessary to deliver the website, you cannot refuse them without impacting how our site functions. You can block or delete them by changing your browser settings and force blocking all cookies on this website.

These cookies collect information that is used either in aggregate form to help us understand how our website is being used or how effective our marketing campaigns are, or to help us customize our website and application for you in order to enhance your experience.

If you do not want that we track your visist to our site you can disable tracking in your browser here:

We also use different external services like Google Webfonts, Google Maps and external Video providers. Since these providers may collect personal data like your IP address we allow you to block them here. Please be aware that this might heavily reduce the functionality and appearance of our site. Changes will take effect once you reload the page.