Hannes Halldórsson has become famous at the 2016 European Championship because he worked as a filmmaker alongside his job as Icelandic football goalkeeper. His own career is also ready to be filmed: it was almost over before it went steeply uphill.

“My story is like one of those sports films from Hollywood,” Hannes Thor Halldórsson once said. “An underdog fights his way up. Then comes a low blow. And finally the happy ending.”

The turning point in his story was September 5, 2004, Hannes is 20 and a substitute keeper for the third-league club Leiknir. In the last game of the season he had the chance to play for the first time, league leader Leiknir played against Vikingur, the third-placed, the winner would be promoted. Hannes has been waiting for this the whole season, he called TV stations to report and then he hit the ground during a goal kick – the opposing striker only had to pass the ball into the goal. On Icelandic television, the only scene that could be seen afterwards was Leiknir blowing the promotion.

However, it has to be said that Hannes’ career was actually over before that. At the age of six, he began training as a goalkeeper with record champions KR Rejkjavik until he was 14, all the time he was considered to be talented. But then he and his father raced on a snowboard and Hannes injured his shoulder. In the years to come, it dislocated again and again and he didn’t play until he was operated at the age of 19. 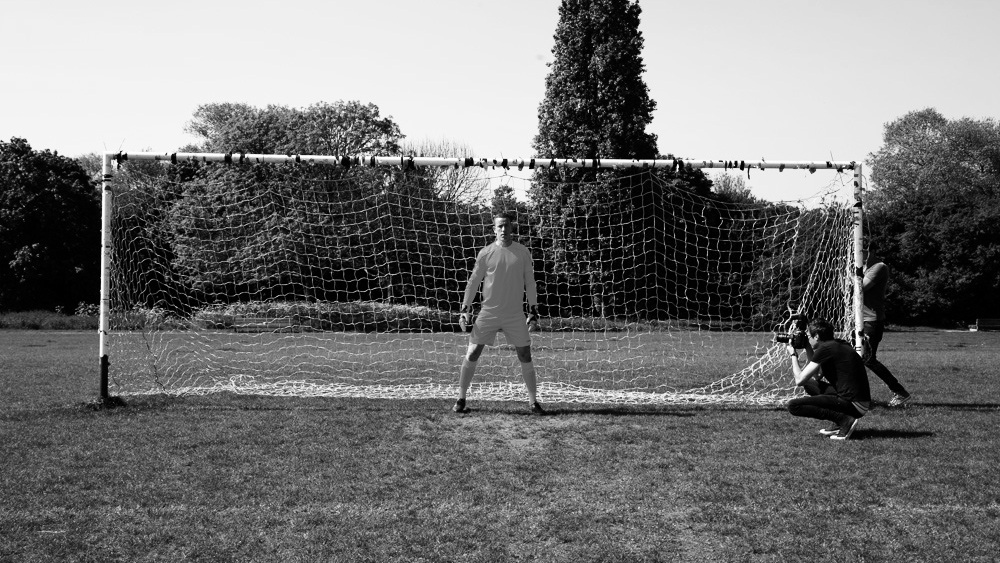 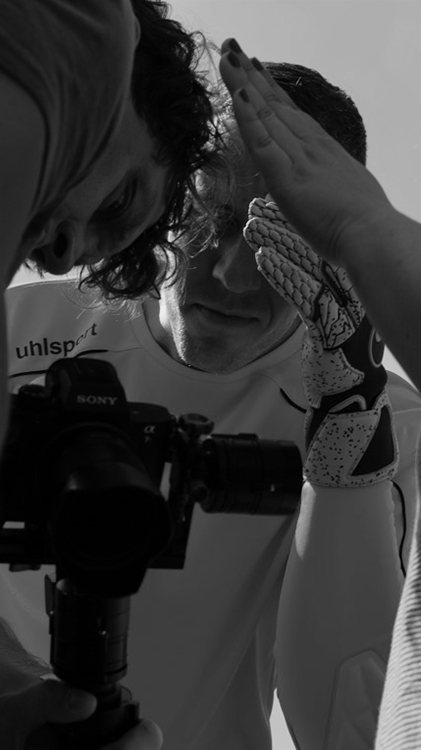 During this time Hannes preferred to concentrate on his passion: film-making. He shot commercials, music videos and a trailer for a comedy show and quickly made a name for himself. His friends didn’t even know that he was actually a goalkeeper.

But Leiknir’s “Hannes Kick” couldn’t let go of him: he also wanted to make it in football and started to pass himself balls for hours on a concrete wall in order to train his foot, his weakness to date.

Finally part of the best

He returned to KR Rejkjavik via the third, second and first leagues and made his debut with the Icelandic national team at the age of 27 – exactly seven years and one day after the low point of his sporting career. “My stories always have a stop after two thirds of a long run,” says Hannes, who then worked full-time as a director and played football – until he chose a football career at the age of 29, after becoming a father for the first time and realising that everything had become too much.

After that, all started to get better. He celebrated the championship with KR and moved to Norway, Iceland qualified for a big tournament for the first time with Hannes in goal.

At the 2016 European Championships, the small country took a 1:1 draw from Portugal, who would later become European Champion, Nani and Cristiano Ronaldo failed several times against Hannes. In the round of 16, Iceland even defeated England with a 2:1 win, the biggest match to date for the 1.94-metre tall keeper, who is referred to as the “alternative to the modern, stylish professional footballer”.

Besides, Hannes still cuts films, he says: “I’m probably the only one who shot a commercial in goalkeeper gear and gloves. Only in Iceland is something like that possible.” After his career – as his employer has assured him – he can start as a director there again. 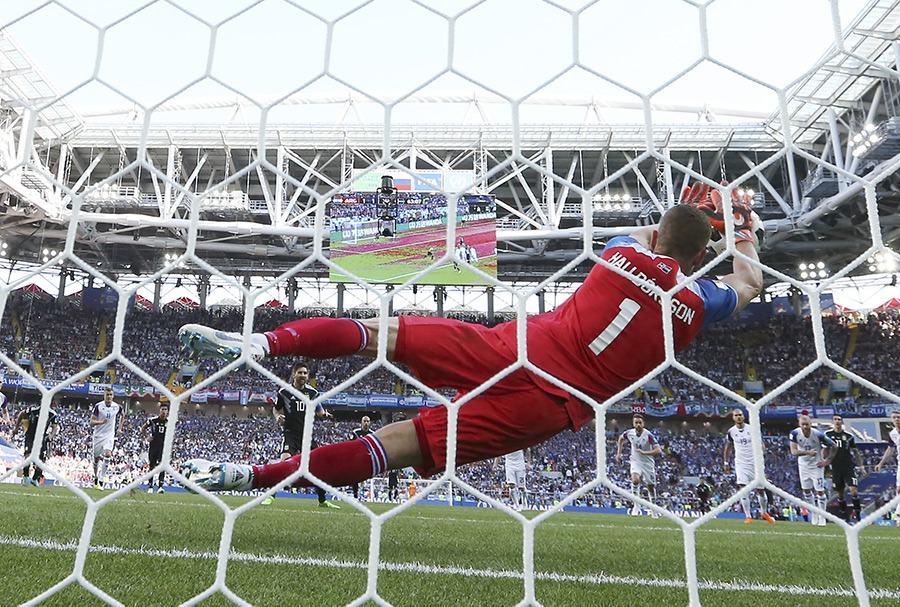 The 2018 World Cup got even better from a sporting point of view: Hannes held a penalty shot by Lionel Messi, Argentina only managed a 1:1 draw against Iceland. “I knew the situation could come. I watched many of Messi’s penalty kicks, and I also watched many of my penalty kicks,” Hannes later revealed: “Meeting the best player in the world on a penalty kick is a great moment. It’s a dream come true”.

And after that moment, the climax of his career, Hannes also thought about his beginnings: In riding halls full of gravel, stones and horse dung, where he had to wear four layers of clothing in order not to injure himself. “Sometimes I even ran to training in knee-high snow and then back again. I’m not sure if Messi ever had to do that,” says Hannes, who is living proof that anything is possible if you’re willing to fight – no matter what setbacks there were.