Next Sunday, November 10, 2019, is the tenth anniversary of the death of Robert Enke. We think back to an outstanding goalkeeper, a warm-hearted person and a reliable partner.

Those who ever got the chance to meet Robert Enke personally met an extraordinary person, a loving husband and caring father, whose favourite TV show was the German series Stromberg, who lived on a farm and was committed to animal welfare. A “man who even in the wildest defensive battles radiated a calm like a captain on the high seas”, as fellow player Florian Fromlowitz once described it in the German football magazine 11Freunde.

Flo, as Robert also called him, was the number two keeper in Hannover 96 in the 2009/10 season. A good friend who looked up to his number one and learned from it. Even today, he often thinks back to his teammate of that time: 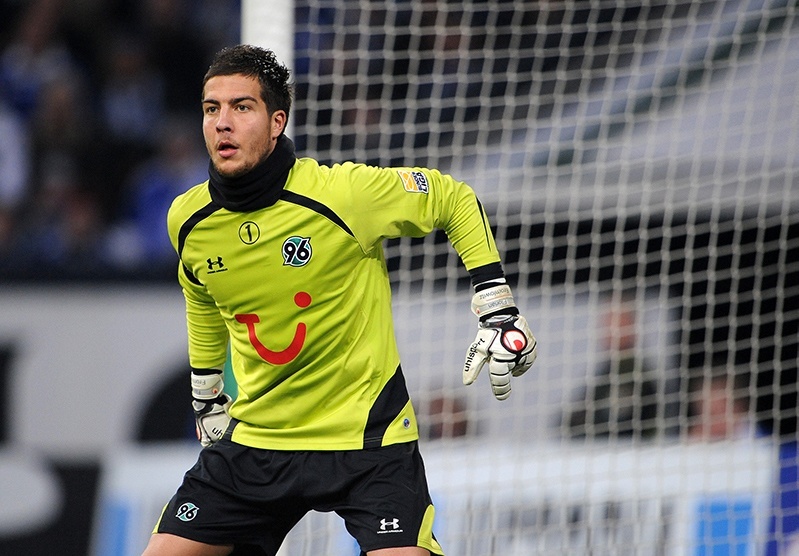 “Dear Robert, my thoughts are with you and your family. Life and football have brought us together. With joy and pride I look back on the wonderful time when we stood, flew and fought together on the field for Hannover 96”.

Robert Enke was born on 24 August 1977 in Jena, Germany. Since his father was a 400-meter hurdler and his mother a handball player, he practically grew up on sports fields and in indoor gyms. At the beginning he played football as a striker, at the age of eight he switched to FC Carl-Zeiss Jena. At the age of 18, Robert made his debut in the 2nd Bundesliga, in the 1998/99 season he played for Borussia Mönchengladbach for his first time in league one and also for the U21 national team.

He moved to Benfica Lisbon and became a favourite of the fans and captain. Robert earned his next stop, FC Barcelona, through his strong performances in Portugal, but he hardly played at all for the Catalans. Fenerbahçe Istanbul loaned him out, but he terminated the contract after just one game. The fans threw objects at him after a defeat.

Robert then took a short break and got a loan from the Spanish second division club CD Tenerife. A good decision, because from a sporting point of view it went up again. In summer 2004 he changed to Hannover 96 in the Bundesliga, 2007 he debuted in the national team. The German sports magazine Kicker voted him goalkeeper of the year in 2006 and 2009. Robert Enke was regarded as the undisputed successor to Jens Lehmann in the DFB goal, who played his last tournament at the European Championships in 2008.

His entire career was marked by ups and downs, by successes and setbacks. But while it was a sporty up and down, Robert always remained who he was. An extremely friendly athlete who also looked beyond the boundaries of football, who felt at home with his family, who enjoyed helping and who stood up for others. Also in the cooperation with uhlsport, his supplier for goalkeeper gloves for many years, his cordial personality came to light. Andreas Geser, head of sports promotion at uhlsport, still remembers him with pleasure today: 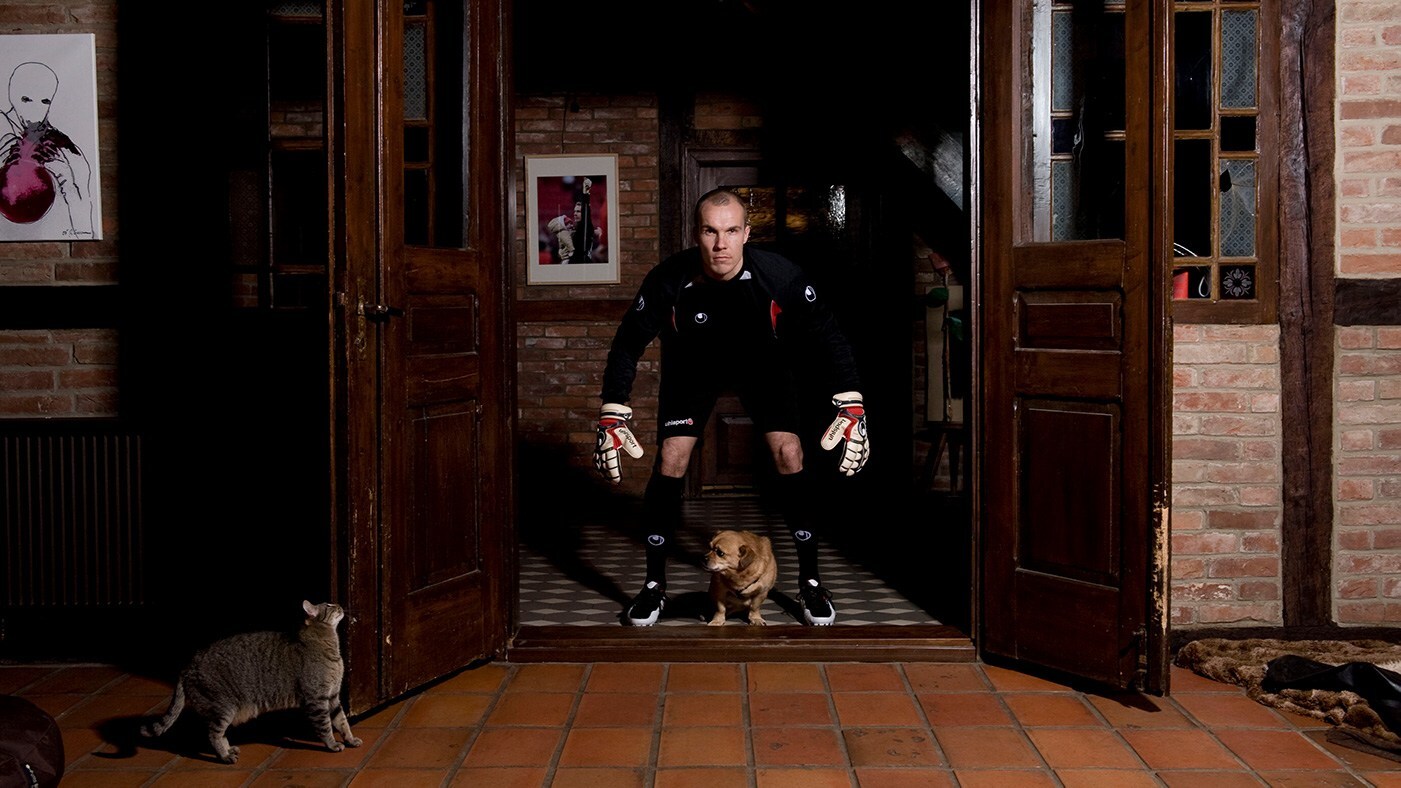 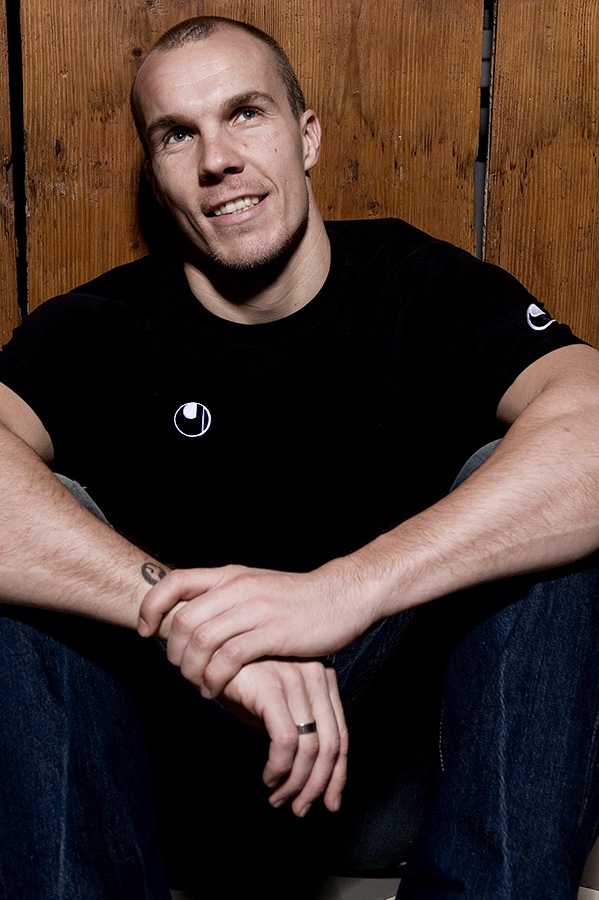 “Robert was a loyal and professional partner who always had an open ear for the others. You could have a wonderful chat with him about all kinds of things – especially about topics outside football, such as his engagement with PETA. I especially remember an experience with him, a photo shoot for an uhlsport catalogue in icy cold weather. Robert was always patient despite the temperatures, implemented all the instructions of the photographers professionally and even brought in his own ideas. Afterwards he invited the whole team to his home on the farm for dinner. Teresa, his wife, and half a dozen dogs greeted us warmly. I will never forget this evening and Robert’s openness. Thank you!”

On the pitch Robert played calmly, showed strong reactions on the line, he was a modern keeper without making a show out of it. He was a backer for his teams, but he didn’t always see it that way himself: throughout his career Enke often had fears of failure, often wishing he didn’t have to play, as he wrote in his diary. He committed suicide on 10 November 2009.

His wife Teresa once said it was a big problem that depression was equated with weakness. She appeared to the public after his death to prevent rumors that had arisen after the suicide. The German Football Association (DFB), Hannover 96 and the German Football League founded the Robert Enke Foundation, whose chairman became Teresa Enke and still is today. The non-profit organisation also aims to research and treat heart diseases in children – because Enke’s daughter Lara died of it at the age of two. The foundation helps those affected and relatives of the depression not to feel alone. Teresa is sure that Robert’s death could have been prevented. Today more is being said about the disease. 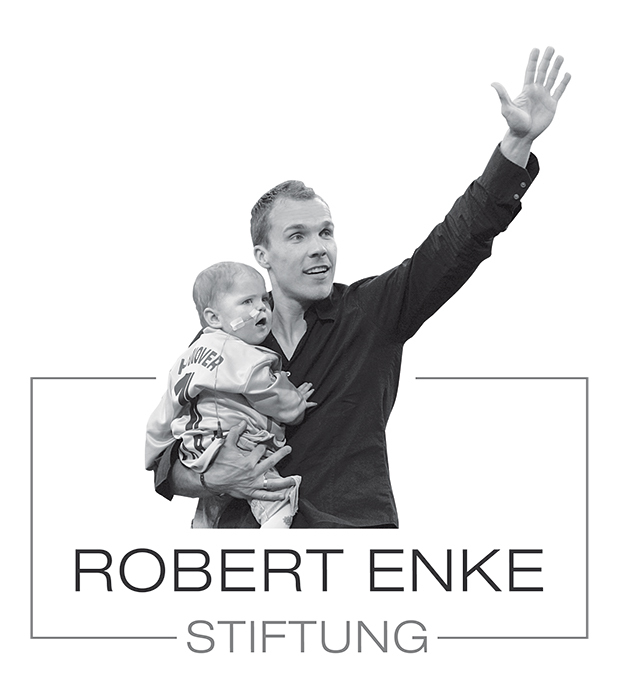 More about the foundation

Make your own contribution

Ron-Robert Zieler, World Champion of 2014 and today’s Enke successor in the Hannover 96 goal, is one of many who support the Foundation’s work: “Unfortunately, I was never lucky enough to meet Robert Enke personally. But I know what he meant for Hannover, the club and first and foremost for his family. And I think it is right and important that we neither forget nor repress him and his fate. For me it is therefore a matter of course that I support the Robert Enke Foundation. Because it makes a great contribution to supporting people who suffer from depression – and to ensuring that this topic also receives the necessary public attention. So that tragedies such as the death of Robert Enke will not be repeated.”

In the game at 1. FC Heidenheim next Sunday Ron will, in memory of Robert Enke, be in goal with a special glove. The campaign, which was developed in close cooperation between the Robert Enke Foundation and uhlsport, is intended to draw further attention to the topic of depression.

The glove was sold exclusively in Germany in a limited edition of 300 pieces, the entire proceeds of the campaign went into the work of the Robert Enke Foundation. The design is based on Robert’s last uhlsport glove. On the thumb you can read the slogan “Gemeinsam das Leben festhalten” (“Keeping life together”), on the flap it says “Robert Enke”. 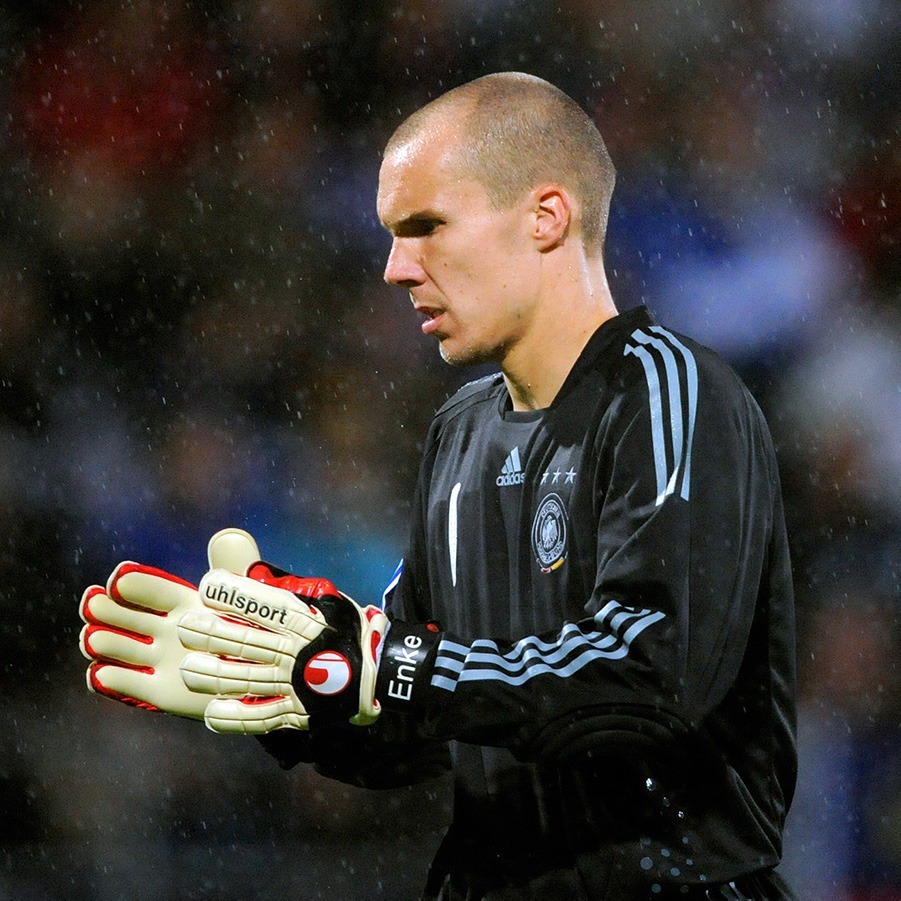 With his death, Robert Enke left a large gap in the life of his family, friends and the entire football world. He was an extraordinary person – on and off the pitch. Many will remember the exceptional goalkeeper, many will remember his personality.