From the regional league to the Bundesliga: Daniel Heuer Fernandes has played in all the German pro leagues – and worked his way to the top.

It was 16 May 2009 when “Ferro” achieved something that many of his goalkeeper colleagues will never experience: He scored a goal for VfL Bochum in the Under 17 Bundesliga. In injury time, he scored for the 4:3 victory over Sportfreunde Troisdorf. “That was a classic steal, nothing special. The main thing was that the ball went in,” says the German-Portuguese, who played as a striker until he was 13 years old, but who actually enjoys goalkeeping much more.

“That was the moment when I realised I wanted it too.”

VfL Bochum’s Under 17 team was relegated in the end, with Daniel only making eight appearances as substitute keeper, several of them on the field. Even in his first year in the Under 19 team he was only allowed to play in goal three times, then he decided to leave and join the Under 19 team of Borussia Dortmund. From the 11th matchday on, he was number one. “That was the right decision and it helped me tremendously,” said the Bochum-born player looking back. At BVB, he experienced what it could be like as a professional – groundbreaking for his future career: “That was the moment when I realised I wanted it too.”

But because Borussia already had a goalkeeper for the second team, he moved back to Bochum, where he played with the amateurs of the Regional League and then worked his way up persistently and stubbornly bit by bit: Third League with VfL Osnabrück, Second Bundesliga with SC Paderborn, First Bundesliga with SV Darmstadt 98: “In retrospect, it was a great advantage for me that I went through everything. I know all the leagues and I have the humility to know how hard it is and the happier I am to be where I am.”

The Portuguese association already became aware of him during his time as a regional league keeper with VfL Bochum II. His mother is German, his father Portuguese, Daniel has both passports and has played six Under 21 international matches. In 2015, the then Osnabrück goalkeeper was the only one to play in the third division at the Under 21 European Championship. Portugal defeated Germany 5-0 in the European Championship semi-finals, it was only in the penalty shoot-out in the final match that the team had to admit defeat to Sweden. Even though Daniel didn’t play, it was “a great thing that we got into the final with Portugal.” 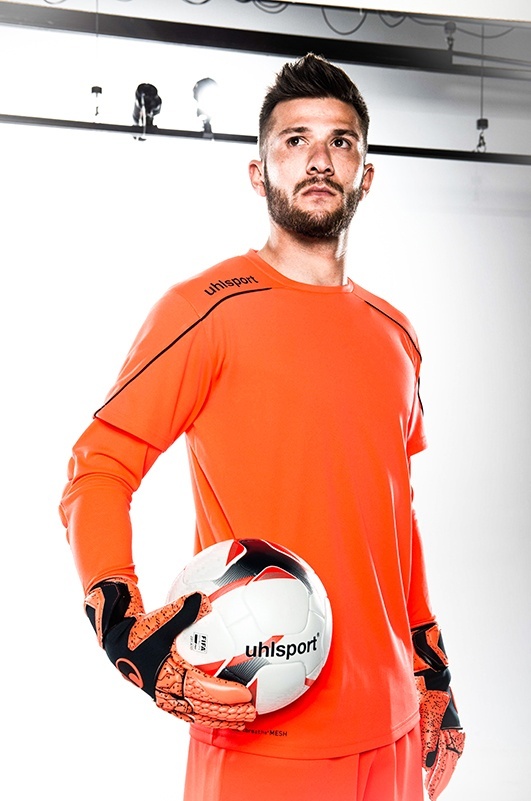 His Portuguese blood ensures that he is a very relaxed type off the pitch, who likes to spend time with his family. His home is the Ruhrpott, he loves the mentality and the curry sausage, especially at home in Bochum. And those who know the people in the Ruhr area know that they always have a saying on their lips – just like Ferro, good humour should never be neglected: “I can take it and dish it out, I enjoy it all.

So he also took it with humour when a team colleague wanted to call him during a quiz duel at a fan club evening in Darmstadt. He was looking for a slang Portuguese word for goalkeeper mistakes. Daniel didn’t hear the phone, but would have known the answer: “Frango. In English: chicken. Of course I knew that.”

He himself does not make many mistakes. If he does, he quickly puts a stop to them: “I watch all the scenes after every game – whether positive or negative. I can only learn from that. But it’s not as if I’m going to think about a mistake for too long.”

On the pitch, Daniel is always focused, his reflexes and bounce are the big strengths. The fact that he is physically not the tallest goalkeeper at 1.88 metres is compensated by timing and good positional play. Due to his skills he became one of the best keepers in the second Bundesliga in Darmstadt after his relegation from the Bundesliga. This did not go unnoticed by Hamburger SV, who were looking forward to the 2019/2020 season with “a positive and characterful guy with great goalkeeping qualities”, as sports director Jonas Boldt announced at the time.