Toni Schumacher: “I would have been even better with those”

“I would have been even better with those”

In 1980 Toni Schumacher became European Champion as goalkeeper of the German national team. For many he is still a goalkeeper legend today. For the new edition of the uhlsport FANGMASCHINE he talks about what makes the gloves of today better than in his active days, how the goalkeeping game has changed and what defines a complete goalkeeper for him.

More about the FANGMASCHINE Shop now

“If only I’d had them sooner. Then I wouldn’t have such crooked and broken fingers today.”

Toni Schumacher holds the FANGMASCHINE in his hand, or rather, the new edition of the absolute uhlsport classic, which was last developed and produced in 2014. Toni is amazed, kneads the latex powerfully with his hands. Then he remembers his first gloves and has to admit that he is a little jealous of the goalkeepers of today.

In the video (english subtitle): Toni talks about his first gloves, the advantages of today’s models, the development of goalkeeping and his definition of a complete goalkeeper.

“When I see the palm today – I don’t need sugar spits anymore!”

At first glance, the retro model looks like its predecessors that made it into the uhlsport catalogue decades earlier. Black with red accents. Even the grip on the palm of the hand shines black, and in the right light even the “high grip” particles of the SUPERGRIP flash up. No comparison to Toni’s old goalkeeper gloves “with the ping-pong nubs” on the palm. The flat gloves he wore back then are now packed with technology – breathable textile fabric, latex reinforcements and a SCHOCKZONE on the knuckles of the hand. The cut of the new glove, the popular HALF NEGATIVE CUT with inner seams, is tight-fitting and appears like a second skin. 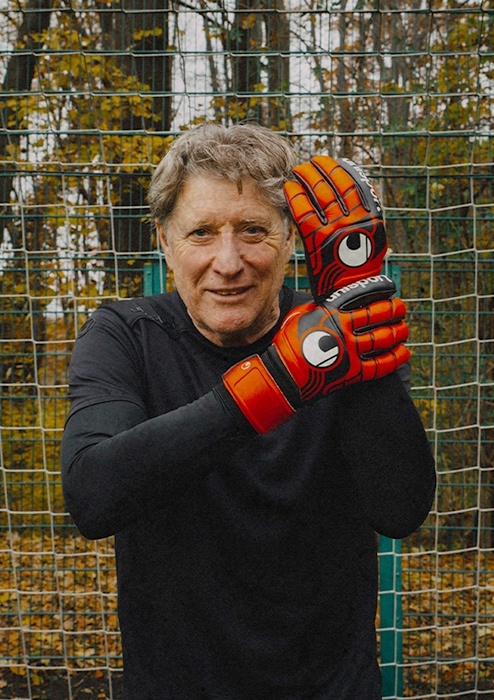 “When I see what this high-tech stuff is, it’s incredible. I’d have been an even better goalkeeper if I’d had that kind of equipment.” 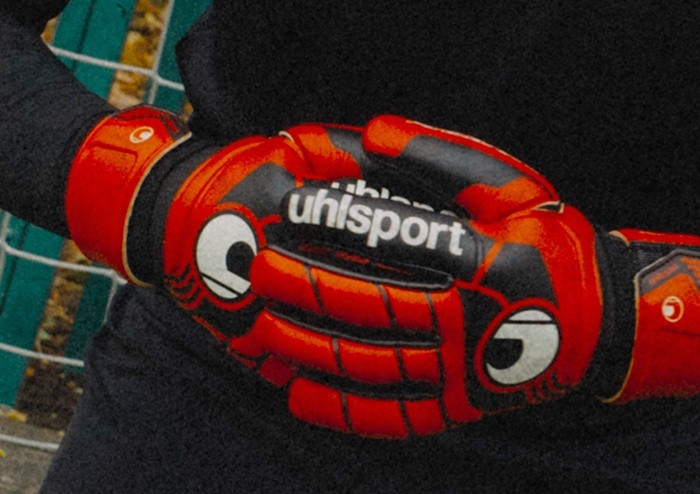 “I sometimes think the goalkeeper could be more outgoing today, showing that he’s in charge back there.”

Not only the gloves have changed compared to the 70s and 80s. Goalkeeping itself has also changed, has become more versatile. The modern goalkeeper joins in and additionally shapes the game. For Toni all this sounds fine, “but in the end it is important that the goalkeeper stops the balls”. Above all, the adaptation of rules such as the back-pass rule – “we were still allowed to pick up the ball” – has its influence on the goalkeeper’s game. Regardless of athletics and technique, one thing always remains the same for Toni: “Today a goalkeeper has to be as courageous as in the past. Not much has changed.”

“I would still be a good goalkeeper today.”

He himself never backed down. If Toni Schumacher were young again today and played in goal, “then I would also be one of the goalkeepers who spread and demand attention”. That’s what he sometimes wishes for more from the professional keepers today. A bit more fighting and showing who’s boss in the six-yard box. If he were still active today and a player complained about the tough pace in his territory, Toni would not be shy about a harsh answer: ” Hey you, what’s up?! Go on! Better watch out next time – I’ll be back out!”

“The hand was broken. But in the end, it was enough to hold up the trophy.”

In contrast, Toni is rather humble when it comes to his real active career. He is grateful for what he has experienced. At the age of eight, his football career begins at Schwarz-Weiß Düren, and at 18 he signs his first professional contract with 1 FC Köln. For 15 years “Tünn”, as they call him in the Rhineland, wears the jersey of the Geißböcke (the billy goats), wins a German championship during this time and the DFB Cup three times. His other stations in club football include FC Schalke 04, Fenerbahce Istanbul, Bayern Munich and Borussia Dortmund before he ended his career between the posts in 1996. Toni celebrates his sporting peak in 1980, wearing the national team jersey. Germany wins the final against Belgium 2-1 and Toni plays for over 90 minutes with a broken hand, which he contracted in the last training session before the final.

“The Schumacher is treated by a psychologist? Is he nuts?”

In his career Toni had many injuries, his hands still show what a tough guy he was back then. “Both thumbs healthy, but all other fingers broken, extensor tendon torn, flexor tendon torn, fingers splintered and so on and so on,” he summarizes the medical records of his hands. His secret: autogenic training. Since he was 18, he has been training his mind as well as his athletics and technique. That and the adrenaline from running up were enough to push the pain away, he says. The only important thing was that the trainer didn’t notice the pain – otherwise his participation would have been endangered.

“Even if I ended up with a broken finger, I told myself one thing: If you make a mistake now, you can say anything, but you must never say it was the finger’s fault.” 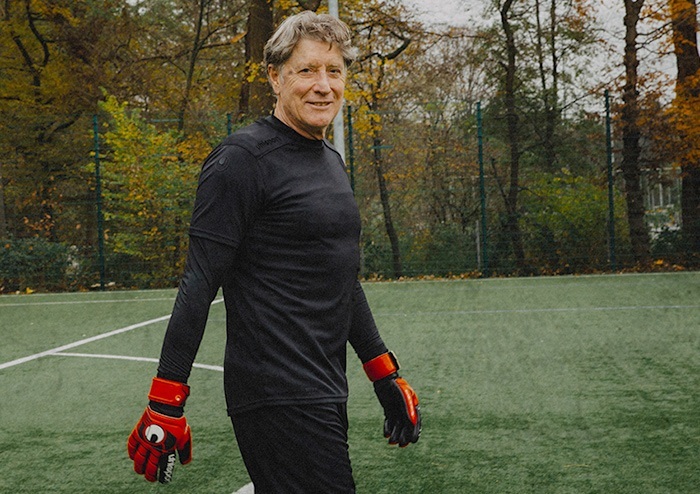 Even today Toni does not regret the late consequences of his breakneck actions: “I would do everything exactly the same again. If a finger were to break today, I’d keep playing too.” Nevertheless, he would have liked to have had the new FANGMASCHINE earlier.